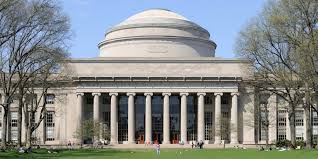 I still remember the first day I started work at MIT way back in the last century and Jim Bruce, who was VP of Information Systems was taking me around to introduce me to various MIT administrators. We ran into his boss, the VP of Administration, in the hallway.

Jim introduced me as just joining MIT’s admin staff that day and Bill Fitzgerald’s retort was, “And what have you accomplished so far?” Having been on the job for all of about three hours I was temporarily dumbstruck.  Finally I said something like, “Well I’ve met several key people I’ll be working with.”

Much more recently my mother was having problems with her Verizon FIOS cable TV signal. After about an hour on the phone I finally convinced Verizon to send out a tech to replace her set top box. My mother thanked me profusely.

Which reminded me of what another vaunted senior exec once said to me. I was telling Wayne Oler, President of Addison-Wesley, about my plans to do something or other, in great detail. Wayne stopped me and said very calmly and graciously, “Steve, don’t tell me what you are going to do, tell me what you’ve done.”

Those two incidents have stuck in my head for decades, as they both teach the same lesson: focus on results, not activities.

I told my Mom that she could thank me after the Verizon tech replaced her STB and her cable TV was again working to her satisfaction.

One thought on “Accomplishments vs. Plans”