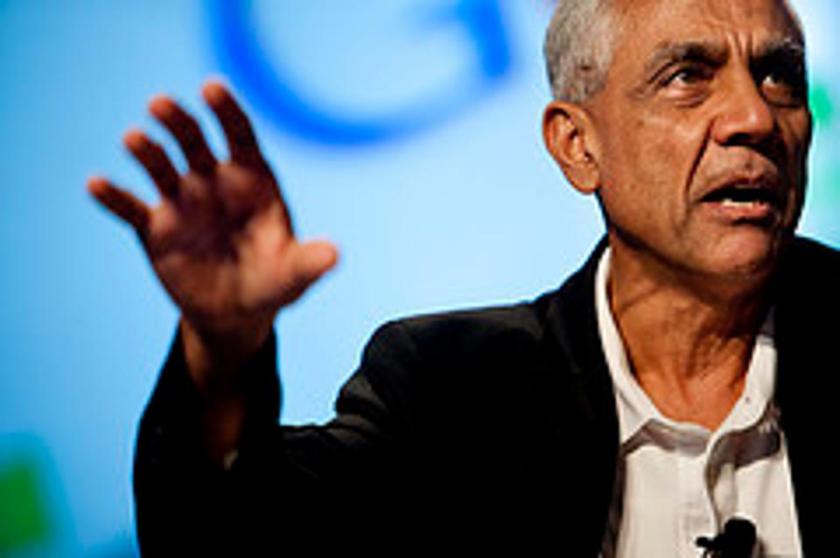 Billionaire investor Vinod Khosla’s best advice for success: ‘Your willingness to fail is what will let you succeed’

And Khosla, a big proponent of the idea that nimble little startups can topple big established companies, took the opportunity to jab at what he sees as a lack of innovation from tech leaders.

“It’s one of the reasons larger innovations don’t come out of larger companies, because they don’t like to fail,” Khosla says.

Khosla’s statement relates directly to my post about How Davids Defeat Goliaths.

Fear seems to be a favorite theme of Khosla’s  as he went into great detail about the subject at SXSW. From the Forbes article by Kevin Ready Vinod Khosla Mentors Entrepreneurs at SXSW on Risk and Fear in Startups:

Fear of failure is natural. For startups, entrepreneurs, and company founders, fear of failure and our response to that fear can be critical to our success. Indeed, when viewed from the inside, startups can be scary: They are, by definition, journeys into the unknown. Startups deal with unknown products that solve problems at an unknown price point for largely unpredictable customers. What could go wrong?

In recounting his success, Mr. Khosla is adamant that having a firm and well-thought-out willingness to fail.

As Franklin D. Roosevelt famously said: The only thing we have to feat is feat itself.