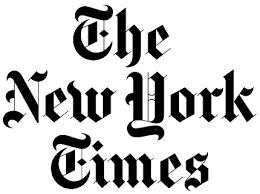 It’s a truism that startups are disrupters, by creating something new, usually faster, better, and cheaper, they attack the incumbent companies. You can read all about it in Clayton Christensen’s classic The Innovator’s Dilemma: When New Technologies Cause Great Firms to Fail (Management of Innovation and Change). Highly recommended for founders.

Three years ago The New York Times commissioned an internal report on how they were going to compete with all the new digital native publications that were eating their lunch, like The Huffington Post. The report is entitled, of course, “Innovation.” Surely the most over-used word in the English language.

At almost a hundred pages it takes a while to wade through, but it’s worth reading for any founder, as it gives a clear picture of the problems incumbents face in fighting off startups and of the many techniques startups have used to take on The Times and other legacy print publications. While this report was aimed at executives at The Times, it’s fascinating reading for anyone in the entrepreneurial ecosystem. (Disclaimer: I have been, am now, and probably will continue to be, a subscriber to the print edition of The Times.)

The reason The Times can’t compete with new digital only publications is quite simple, their business structure totally hamstrings them. Over and over again the report talks about “The Newsroom” – the hollowed ground trod only by journalists and “the Business Side” – where the dirty business of the newspaper is conducted, things like graphic design, technology, and of course, advertising. Believe it or not, journalists have to ask their boss’ permission to even talk to someone from “the other side” – the untouchables! And woe be the serf from the business side who would dare to venture into the Newsroom uninvited. The other term that is used throughout the report – with no explanation is “The Masthead” – which is newspaper-speak for the executives who run the paper and whose names appear at the top of the editorial page.

The report’s key recommendation is sad, as DJ Trump would say. Rather than biting the bullet – which would probably have gotten the authors fired – and recommending a massive reorganization that would get rid of “The Newsroom” and “The Business Side” and integrate journalism, tech, graphics and other functions as is done at Buzzfeed, The Huffington Post, Vox, and virtually all of The Times’ digital competitors, the authors recommend that The Newsroom create a strategy group to help the Newsroom cope with changes driven by the world going digital! What a typical legacy company solution! Create more bureaucracy to avoid facing the music – their business structure is archaic and needs to be totally revamped. After reading this report I can now see that The Times problems are deeply seated in its 100+ year old culture and Mark Andreesen’s simplistic solution of selling off the printing presses wouldn’t work. The problem is not the printing presses, it is the firewall between journalism and “business” (all functions that are NOT journalism) which ensures that The Newsroom will never get social, mobile, AR/VR or even the Web.

While the conclusion of the report is pitiful, the report itself is a master work of competitive analysis, excellent writing, good ideas, and frank assessment of the paper’s problems. If you have any interest in the world of news and media it’s a remarkably interesting read. But it points out all too clearly one of the key competitive advantages of startups: the ability to collaborate across functional lines. I guarantee you that no reporter at a digital outlet has to ask his or her boss’ permission to talk with a programmer or graphic designer!

Here’s a great quote from the report that applies to almost every legacy company:

Culturally, I think we have operated as if we had the formula figured out, and it was all about optimizing, in its various constituent parts, the formula. Now it’s about discovering the new formula.” Satya Nadella, Microsoft’s CEO.

I can assure you the new formula is NOT creating a newsroom strategy team! Three years after this report was written (it’s dated March 24, 2014) I can’t see any dramatic, structural changes at The Times.

Another amazing oversight in the report is the sanctity of the Times’ content. Nowhere in the report does it recommend any changes to the output of The Newsroom. It simply assumes that what has worked for 100 years in print will now work equally well on mobile, social, VR/AR and any new delivery technologies to come. It’s the “old wine in new bottles” problem so many legacy companies suffer from. Even though there are comments on how poorly the Times mobile app performs, nowhere are their recommendations about tailoring the Times content to social and mobile – as their upstart competitors have done. (One of the funniest and saddest recommendations is that one individual in the Newsroom be tasked with viewing The Times web site on their mobile phone each day!)

So there you have it, many person-years of work on this “Innovation” report and it misses the two most important “innovations” a company like The Times must implement: changing their organizational structure to inculcate organic collaboration across disciplines and changing their journalism to fit the new types of delivery media.

No doubt about it, The Times is still the newspaper of record. It’s journalism is unsurpassed. But it continues to lose advertising revenue and it’s still trading digital dimes for print dollars. It’s made many smart moves, like selling off The Boston Globe and all other non-journalistic assets to focus on The Times, but it refuses to make even the most straightforward competitive moves, like paying market rate salaries to programmers, designers, and other digital experts whose skills are in great demand.

The saying goes “hardware companies die hard, software companies die soft.” I don’t think it’s been updated for print publications. But they too will die, just more slowly and perhaps more painfully. There are many worthwhile recommendations in this report on how the Times can develop it’s audience and better compete with the digital upstarts, but until the basic structural and cultural issues are addressed they are just going to prolong the life of The Times, not save it. In fact I would venture to say that so long as the Sulzberger family controls the Times the Newsroom will remain sacrosanct and “the Business Side” will be a second class citizen – to the profound detriment of both.

But if you are reading this post you are not a defender of a legacy business you are an attacker and there is a lot to be learned from the “Innovation”  report about the structural and cultural weaknesses of legacy incumbents and it’s almost a playbook on how startups can and do take advantages of these inherent weaknesses.

Wired magazine has a great article about The Times and it’s efforts to keep up with the times.