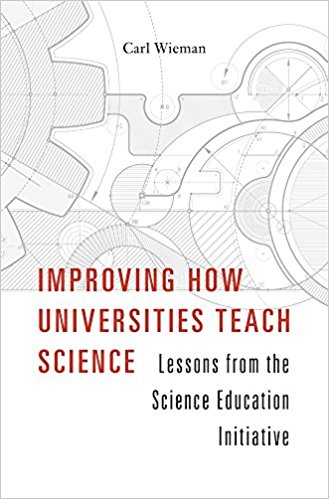 Lately I’ve been touting Y-Combinator and in particular their Startup School. And while I still have total respect and in fact amazement at what Paul Graham and his successors have accomplished, it took an NPR article and watching their latest Startup School video “How to Raise Money” to wake me up to the fact that they have fallen into the pedagogical model du jour – MOOCs – Massive Open Online Courses – as the way to teach entrepreneurship. To start off the video is very light on introductions of the two lecturers – Aaron Harris Partner at  Y-Combinator and Jess Lee Partner at Sequoia Capital.

Both lecturers are coming from the funding side: Y-Combinator and Sequoia, one of the most imminent VC firms in the country.  Both of them founded but a single company each. Jess Lee sold her company to Yahoo. Y-Combinator’s bio page doesn’t say what happened to Aaron Harris’s Tutorspree. Silence is not golden when it comes to what happened to your startup.

So neither are serial entrepreneurs – as best I can tell they each only raised capital for one company. And worse than that Jess Lee is a total neophyte – she’s been a VC for all of six months. I still recall Bill Kaiser of Greylock telling me that it takes seven years to become a real VC – you need to take companies public, experience failures and learn from your more experienced partners and by doing. Bill became a very successful VC and I wonder if he still thinks it takes severn years or if things have changed radically. Whatever the case, it sure doesn’t take six months.

How and why these two were chosen to lecture on such a critical subject I have no idea, but there a dozens and dozens of serial entrepreneurs, including myself, with far deeper and more diverse experience raising money than both of these two put together.

I won’t spend the time to critique their lecture, you can watch it for yourself if you want to waste time “learning” that the time to raise money “is when you feel you are ready!” Well maybe on the West Coast! But here on the East Coast investors expect things like a world class founding team, lead by a great CEO; a real product or service; an engaged and rapidly growing customer base; and a solid business model.

In fact, Aaron Harris at one point indicates you can raise money without a pitch deck! Well maybe if you come out of Y-Combinator – which is the Stanford of incubators, and which insures you graduate with a killer demo, if not a real product.

So after watching Startup School great videos from the likes of Mark Zuckerberg, I found this one beyond disappointing. The way I’ve judged the many classroom lectures I’ve delivered is by the number and quality of questions after my presentation. Aaron Harris and Jess Lee got two! Yep, two questions from a classroom full of Stanford students studying entrepreneurship. Enough said.

The nprED article Hey Higher Ed, Why Not Focus On Teaching? by ERIC WESTERVELT lays waste to the lecture method. I wish the powers that be at Startup School would read it. The author interviews Stanford physics and education professor Carl Wieman who won a Nobel Prize for his innovative, break-through work in quantum mechanics. His new book is Improving How Universities Teach Science: Lessons from the Science Education Initiative, While professor Wieman’s focus is on science education, what he has to say about the ineffectiveness of the lecture method applies not to all of educatoin but also to Startup School’s video lectures as well.

You argue that the well-established, traditional, large lecture format still used widely today across higher education is ineffectual. Why?

People doing research in this area, like myself, we measure (learning) and we just see that the learning that takes place is really minimal, and then if you dig into the way the brain processes and learns, it’s pretty clear why it’s so minimal. To learn something, you really have to be processing those ideas. I think of it as sort of exercising the neurons in the brain. Sitting there listening to someone — where it’s just flowing past you — you’re not doing that mental processing. You’re not exercising the brain and you walk out without really learning anything.

In one case study we did, we had students go to these lectures, and then we gave them a pop quiz right at the start of the next class. We saw their score on this quiz was about 10 percent. In other cases, where people have looked at long-term retention, where you measure something a few weeks later, they see a very rapid drop off. Even if students can score high on a final exam, three weeks later, it will be down dramatically. It’s sort of a very brief learning that goes away quickly.You just have to measure the results and you see that tradition doesn’t always mean that something is right.

While Professor Wieman doesn’t mention mentoring, he does liken effective teaching to coaching:

The other thing these teachers are doing — that a coach also does — is they break down performance in a field into the right kind of practice exercises. Dribbling with your left hand, and focus on mastering that, and then putting it together in the same way. Very much like a coach.

How do you coach entrepreneurs by having them sit through a video lecture? I realize that there is a lot more to Startup School than their video lectures and not being a participant I’ve not privy to what other methods they are using to try to teach thousands of people how to start a company. But Y-Combinator does say that they have created their own communications platform for their MOOC students  – which is great. I would like to see it! I just wish they would take some of the millions and millions of dollars they have earned from their investments over the years and invest in developing an active learning platform to replace their outmoded lectures with a 21st century pedagogical approach that could revolutionize online education the way Y-Combinator has revolutionized early stage investing.

Perhaps somewhere in the thousands of applications Y-Combinator receives every year there’s one or two aimed at replacing the lecture method with an interactive approach. How about funding them and seeing if they can’t feed their dogs much better dog food than the same old same old that teachers have been feeding their students for centuries?