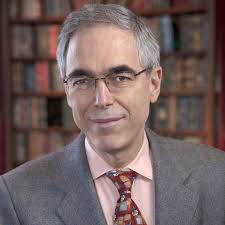 I started my work life – I can’t say I’ve had a career since I’ve worked in so many different capacities in so many different businesses – as an individual contributor. As a kid I’d been a lifeguard, computer tape inspector, carpenter’s assistant, and janitor – all individual contributors. It wasn’t until I started Real Time Audio that I had someone working for me, but we were more like partners than manager/employee – he was a long time friend of mine.

I had met Gunther Weil, who ran a Intermedia Sound, a recording studio later purchased by The Cars.. He left that job to take a position in the library system at UMass Boston, where he built a 24 track recording studio and was using computers to run the library. After visiting him at his electronic playground. I decided to get a degree in library and information science. I had always loved libraries ever since I was a small child. I still remember my mother having to sign a form that allowed me to get an “adult” library card – until then I was restricted to taking out books from the children’s room. My naive idea in getting a graduate degree was to emulate Gunther Weil and build an electronic playground of my own inside a library system.

After gaining my M.S. in Library and Information Science, I quickly discovered that UMass Boston’s library system was one of a kind – there were no other libraries with recording studios and computer systems in 1977. So I settled for a job as Community Services Librarian at the Watertown Public Library, where a third of my job was to be focused on multimedia – which in the ’70’s meant using audio and still images together. My predecessor at the Library was a highly skilled photographer and multimedia technician who had created some fantastic multi-projector slide shows about the history of Watertown and built a rear projection system to show them on.

At the same time I took the job at the library the U.S. government started a program to attack that period’s chronic unemployment. It was called CETA, for Comprehensive Employment and Training Act. My boss at the library, Sigrid Reddy, was a master of finding and winning grant awards and spent plenty of time at town hall, so she learned about CETA early on. CETA gave grants to town or city organizations that would provide jobs to the unemployed. I don’t remember much about those grants, but realizing that I lacked the multimedia skills of my predecessor, I decided that if I was going to fulfill the ambitious plans of my library director for more multi-projector slides shows I needed to hire someone with those skills. CETA gave me that opportunity.  Sigrid Reddy wanted a slide show that would showcase the many services of the library to the town’s residents. So I wrote out a rough script that described everything we did, from the children’s story hour to having the first Kurzweil reader for the blind in the country. I wrote a CETA grant for a photographer and a short time later Will Stanton appeared at the library. Will had been a photographer in Maine, but relocating to the Boston area he had been unable to find a job. After viewing Will’s portfolio I decided he was perfectly suited for the job of multimedia slide show producer, so I hired him immediately.

I then learned my first three lessons in management and leadership. Lesson one came from showing Will my script. He said, “That’s terrible! It’s just prosaic and boring! Here’s what I want to do: interview everyone involved with the library from the trustees to the staff to the adults, teenagers, and children who use the library and tell the story of the library using their words and images. I immediately realized this was a much more compelling concept than what I had come up with. Lesson one: hire great people, give them direction, get them the resources they need and then get out of their way.

Will did a fantastic job. The second lesson was that being a manager meant “getting things done through other people.” The third lesson was about leadership. Sigrid Reddy was a leader and she had a vision for communicating the wealth of the library’s services to the town’s residents. It was my job as Community Services Librarian to bring that vision to reality. Which I did by hiring Will and helping him create the multi-projector slide show which was a huge hit with the town’s residents. Sigrid encouraged me to write more CETA grants and soon I had a whole coterie of media professionals working for me: Will, a second photographer; a graphic artist; and a film maker, who taught kids how to make animated films.

I soon found that managing this group was far more satisfying to me than working as an individual contributor had ever been.  I didn’t realize it at the time, but the one skill I had was a great eye for talent. That ability to hire great people became invaluable when I started many companies in the years to come. The one thing I did do as an individual contributor at the Watertown Library was write press releases about the library’s new services and events, anywhere from three to five a week for almost four years. Sigrid Reddy was an excellent writer and a great editor. So I learned a lot about “marketing communications” even though we didn’t call our constant barrage of press releases that, or even a PR campaign. But it was our means of communicating and promoting our services.

Management is the art of accomplishing objectives through others, and that’s different from leadership, which is more the art of inspiring others and getting them to want to do things.

A manager’s job is to develop the people they work with. It’s about process.

I always saw my role as a manager as helping my staff become successful – whether by providing direction, resources or advice or running interference with senior management. Jay Walker has a similar attitude:

My style would be to say: What are you trying to accomplish? How are you going to do that? How can I help you? You might say: “Jay, what I need to succeed is for you to never talk to me. Just send me emails. And I’ll deliver in spades what you want.” Then I’ll say, “O.K., let’s see if that works.”

Although I’ve taken one crack at being a CEO and years later tried to be a sole founder of a startup, I realized that I was much more of a manager than a leader and best suited to helping fulfill the visions of a leader than being a leader myself.

Great leaders can certainly also be great managers and great individual contributors as well. But if you look at the team of Steve Jobs and Steve Wozniak, co-founder of Apple, Jobs was obviously the great leader, with amazing vision and ability to inspire others. Woz was the ultimate individual contributor, a top gun, world class engineer – who had no interest in managing other people. Bill Gates never seemed to understand that while Jobs was a mediocre engineer himself, especially compared to Bill Gates, he was a world class leader with unparalleled vision, an incomparable understanding of design, and the ability to hire and inspire the best talent in the world.

So as an entrepreneur it’s key that you know yourself – are you a leader? a manager? an individual contributor? Know yourself and you will know what type of partners you will need to complement yourself to build a winning team. No one creates a great company single handedly, so knowing your strengths and weaknesses, as Jay Walker has done, and surrounding yourself with great managers and individuals contributors is the path toward creating a successful venture.