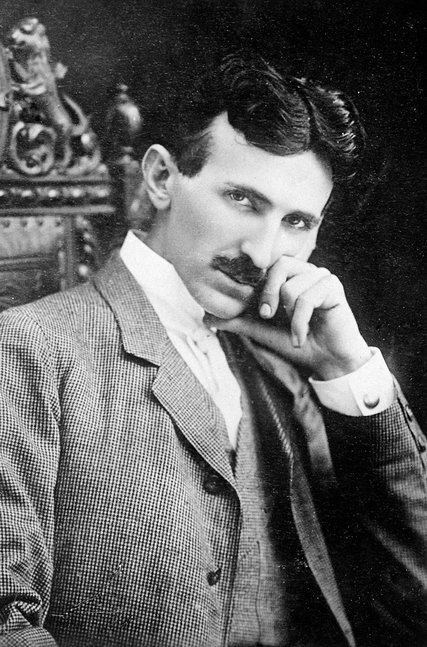 The inventor Nikola Tesla around 1896. Tesla died a poor man in 1943 at age 86, but thanks to Elon Musk and his electric car company, “now he’s getting his due,” a biographer said. CreditRoger-Viollet/Getty Images

John F. Wasik’s article in The New York Times entitled Tesla the Car Is a Household Name. Long Ago, So Was Nikola Tesla. illustrates why an invention can fail to become a successful product. Tesla was one of the great inventors of the 20th century. He made major contributions in the fields of electricity, radio, and robotics. Despite his genius and notoriety – he appeared on the cover of Time magazine in 1931, he died a poor man in 1943 after years devoted projects from the design of A.C. power systems, to radio transmissions, and a wireless drone.

So why did a genius on the order of his contemporary and competitor of Thomas Edison fail to capitalize on his many inventions?

Tesla failed to fully collaborate with well-capitalized industrial entities after World War I. His supreme abilities to conceptualize and create entire systems weren’t enough for business success. He didn’t manage to build successful alliances with those who could finance, build and scale up his creations.

Tesla’s achievements were awesome but incomplete. He created the A.C. energy system and the basics of radio communication and robotics but wasn’t able to bring them all to fruition. His life shows that even for a brilliant inventor, innovation doesn’t happen in a vacuum. It requires a broad spectrum of talents and skills. And lots of capital.

What Tesla lacked and every entrepreneur needs is a business model: how will you make money? who are your customers? How will you reach them? Not to speak of the need for a team who can turn an invention into a product and products into companies.

Dean Kamen is a contemporary Tesla – a brilliant inventor, probably best known for the Segwa. A major difference between Kamen and Tesla, however, is that Dean Kamen has a very simple and scalable business model: he licenses his inventions, which are mainly in the medical device field, to large companies with the resources to productize them and the marketing and sales capability to successfully that product to market. When he deviated from this model with the Segway he failed and has now returned to the licensing model which has not only made him wealthy but given him the resources and freedom to devote himself to solving problems he considers important.

So if you have invented something – and how you know that is a subject for another post – you need to decide what your business model will be. Will you try to emulate Edison and build a substantial company? Or will you emulate Dean Kamen – and many small biotechs who license their drug discoveries to large pharmas – and leave product development, marketing, sales, and customer support to the big guys? Or you might take a hybrid path, such as turning your invention into a product, then using large companies in your market to distribute it.  A great tool for fleshing out your business model is the business model canvas, discussed in this post. Your business model will dictate the team you build. If you elect to create a sustainable company that will require filling the CEO slot, along with heads of product, marketing, customer support and others. If you simply want to license your invention you’ll need a good lawyer to protect your IP and depending on your proclivities, a business development rock star to cut the licensing deals.