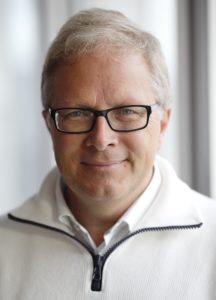 Do you know what that question is? If you raised money you probably heard it, most likely from angels, who are far less patient investors than VCs:

In this interview with BostInno Staffan Truvé, the chief technology officer and
co-founder of Recorded Future gives the one right answer:

BostInno: Do you have any plans for an exit?
Truvé: We want to build a great company. If we focus on building a good company, everything else will work itself out one way or another.
I’ve posted Why I don’t like hearing about exit strategies about how we were given this same answer to our question by Dan Gregory of Greylock. The reasoning is very straightforward: if founders focus on exits they will diverge from the path of the vision upon which the company was founded, often to their detriment.  The larger the target acquirer the stronger its gravitation pull and the more it will warp the mission of the startup. Yet I often hear this in founders pitches because someone, somewhere told them it was a question investors want to hear the answer to.
And I may be hearing about exits more often because more and more founders don’t want to attempt to create great companies with sustained success. In decades past the model was Microsoft, where co-founder Bill Gates took the company from startup to multi-billion dollar behemoth over decades. More recently the model was Facebook, where founder Mark Zuckerberg did the same thing or Google where co-founders Larry Page and Sergey Brin kept their hands on the steering wheel along with their hand-picked [interim] CEO Eric Schmidt. But I’m concerned that with the rise of FAANG – Facebook Apple Amazon Netflix Google – the oligarchy that competes with startups by buying them – that founders seem resigned to that fate. Their only question seems to be which of FAANG will be their acquirer?
It’s one thing to create an app or program that you want to sell quickly or license because you don’t want to build a company. That’s perfectly fine with me. Some people like to build stuff, not build companies. Just so long as any and all co-founders and team members are aligned with that goal your chances of success are good.
By the way, if you are interested in the subject of security threat detection I recommend you read the full interview with Recorded Future co-founders Christopher Ahlberg, CEO, and Truvé on BostInno.