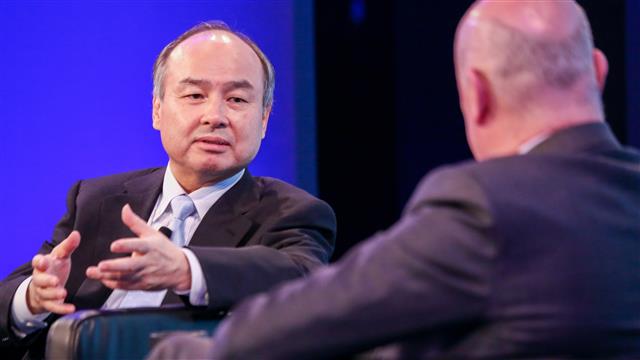 Masayoshi Son, CEO of SoftBank, shared his insights and quoted Yoda, the Star Wars Jedi master, during a conversation with WSJ Editor in Chief Gerard Baker at the CEO Council meeting in Tokyo.

I’ve been following Softbank’s Vision Fund, the $100 billion tech fund that is the largest in the vc world, since its inception. I read with interest the article in The Wall Street Journal One $100 Billion Tech Fund Isn’t Enough for SoftBank CEO, subtitled The launch of Vision Fund II is ‘just a matter of time,’ says Masayoshi Son.

The scale of the Vision Fund, and the pace of its investing—its choices often driven by Mr. Son’s gut—is compelling other funds such as Sequoia Capital to raise billions of dollars to better compete. But he isn’t satisfied.

There’s a saying, “Too much is never enough.” That should be his motto. This reminded me of a lesson learned years ago about how too much funding can be worse than too little. I’ll leave out the identifying names and firms to protect the guilty, but the story sets out quickly as we raised double the amount we’d be looking for. The height of the .com boom drove this very quick deal and off we went to spend it. Without ever going through the customer discovery mode we spent millions only to discover there was no one wanted to buy what we had built. Our business model, subscription sales was the wrong choice for the ad-driven web world. The company ended thrashing to such an extent that at one point the CEO was seriously considered shutting down the company and returning the remaining millions to the investors. When your venture has barely enough money to get by you are forced out into the market to get revenue or die. Necessity is indeed the mother of if not invention, at least innovation and implementation.

I’ve found that too much funding can be too much of a good thing not only in the tech world but in the music world as well. Dozens of bands have gotten huge cash advances on their royalties, only to squander millions trying to write songs in the studio by racking up huge expenses on studio time, studio musicians, drink, and drugs. These bands end up owing the record company money unless their album goes platinum. At the same time bands have put out great music on no advances at all.  Sweat equity works in any creative endeavor from tech, to music, to renovating your house.

Keep in mind that there is great truth in the heuristic that tech projects take twice as long as projected and cost four times as much. Develop your budget and launch schedule using those tried and true rules of thumb. But stop there. As I was taught by venture capitalists in a startup you do not spend money, you invest it. Investment demands return. Those requesting expenditures are forced to make the business case and compete for what are finite resources. It’s up to the founders to create a culture where everyone treats the firm’s money as if it was their own. I was taught to stretch the dollar until George Washington squawked. That would seem very quaint to Mr. Son.

There’s another rule of thumb that was at least true before what I consider the recent excesses of capital deployment hit the startup world: it would take three rounds of capital to get to profitability.  Of course, now there are public companies like Salesforce that have never been profitable!

But there are good reasons to take your funding in tranches. Your goal should be to step up your valuation significantly between every round, at least 2X. And that keeps the company lean and agile while preventing undue dilution of everyone’s equity.

I hope that the Vision Fund remains an outlier, a far outlier, as we’ve seen how too much money sloshing around in the .com days created fat, happy, lazy, failing companies. Pets.com anyone?

According to The Journal article, Critics of SoftBank say that the fund pushes companies to take more money than they need, encouraging them to squander it. I would certainly agree. But Mr. Son has a simple riposte: “Nothing is too much.” He said he sometimes encourages entrepreneurs to think bigger, so as to see the need for even 10 times as much money as they initially sought.

I’m surprised Mr. Son isn’t putting all his money into blockchain and crypto currencies – that’s where the money is!