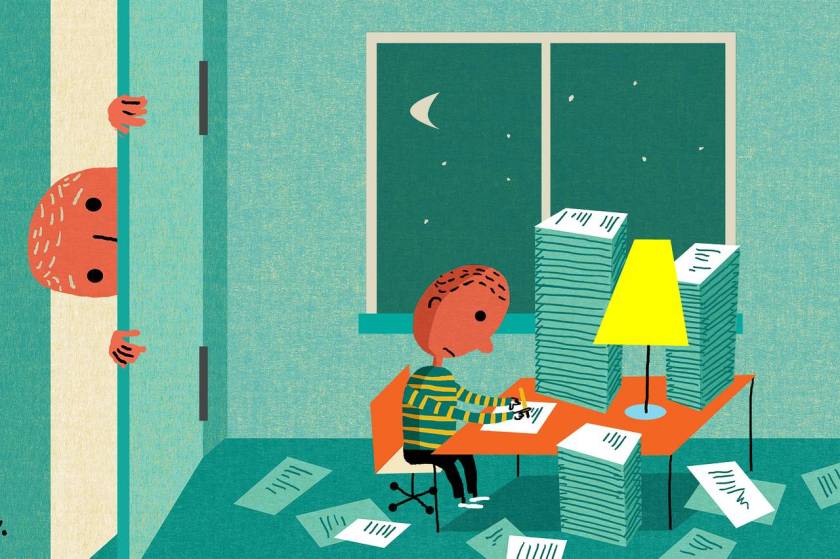 It’s time to revisit this topic which I wrote about previously, Why perfectionism is a death trap for entrepreneurs. Sometimes you find good advice in places you might not expect to find it. That’s the case with The Wall Street Journal article The Perils of the Child Perfectionist by  Jennifer Breheny Wallace. If you substitute “founders” for “parents” in the sub-title you’ll  have some good advice: Founders can have high expectations without imposing rigid and unrealistic standards.

The reason it’s time to revisit this issue is all the press attention to superman Elon Musk and how he sets impossible standards for his workforce and at the same time seems to be suffering from burnout from working 120 hour work weeks and sleeping on the factory floor.

Steve Jobs set the legendary Silicon Valley story of “working 90-hour work weeks and loving it!” with his Macintosh team. In fact they even had tee shirts made up with that slogan on them. (But as I recall, most of the Mac team left Apple fairly soon after the shipment of the Mac.) Now we have another giant of entrepreneurship, Elon Musk, driving himself and his staff in similar ways. And it must be said, also delivering results that are simply amazing and far beyond what they themselves could even expect.

The the fascination of the media with these exceptional geniuses and their work and lifestyles is, I believe, dangerous for the new founder. So I feel as a long time mentor it’s my responsibility to offer some advice that runs counter to the popular idea that you have to drive yourself and your team unrelentingly if you are to succeed.

Sometimes you find data to support your gut instincts in unusual places, as I did with Ms. Wallace’s article. After all, she’s writing about children, not adults. But here are some quotes that are worth studying for the new founder or even experienced founders:

Unlike hardworking people who enjoy striving for lofty goals and cope well with setbacks, perfectionists aim for high standards in order to demonstrate their worth to others, and then are brutally critical of themselves when they fall short. “It’s like chasing a carrot that you never actually catch because what you achieve is never enough, there’s always something more—better grades, a bigger promotion, a higher salary—which leaves you with the feeling that who you are is never enough,” says Ann Marie Dobosz, a San Francisco-based psychotherapist.

Research suggests that being too hard on yourself can actually inhibit high achievement, says Ms. Dobosz. Perfectionism causes stress and can over-activate the sympathetic nervous system, which makes it harder to think clearly. A 2015 analysis of more than three dozen studies of students, athletes and employees found that those who had high levels of perfectionism were significantly more likely to burn out from stress.

There is no doubt that startups are hard, very hard, and to succeed requires extraordinary levels of effort on the part of not just founders but everyone in the venture. I don’t know what the turnover rate is at Tesla, perhaps it’s no more than any other big, successful startup. But The Journal reported yesterday that More than 50 vice presidents or higher have left the company in the past two years. Why they left they don’t say, but burnout may be a likely answer.

So yes there is a lot you can learn from genius, superstar founders like Steve Jobs and Elon Musk – but you aren’t them. Odds are you aren’t even a genius. So as you develop your culture of course you should set high standards. As you should set “stretch goals” as the VCs like to say. But they also say that the one trait they most want in a founder is predictability, so your venture needs to be meeting those stretch goals the majority of the time. And it is so much harder to replace a world class engineer than to hire one in the first place, that as a founder it’s your job to not just hire world class talent, but to retain them, to protect your staff from burnout, not to drive them to burning out from constantly setting impossible goals. …Being too hard on yourself can actually inhibit high achievement, but being too hard on others can inhibit their high achievement as well, and it’s the job of the founder to help their staff to succeed, not to burnout.

One last note, in searching for the author on the web, in order to provide a useful link for readers, I found this tagline on her web site: Reporting research-backed advice for better living. That’s a great value proposition, as it clearly outlines not just the benefit of what she does, but what distinguishes her advice from that of many others – including myself – her advice is research-backed. (My advice and that of the many mentors I know and work with is experience-backed.)