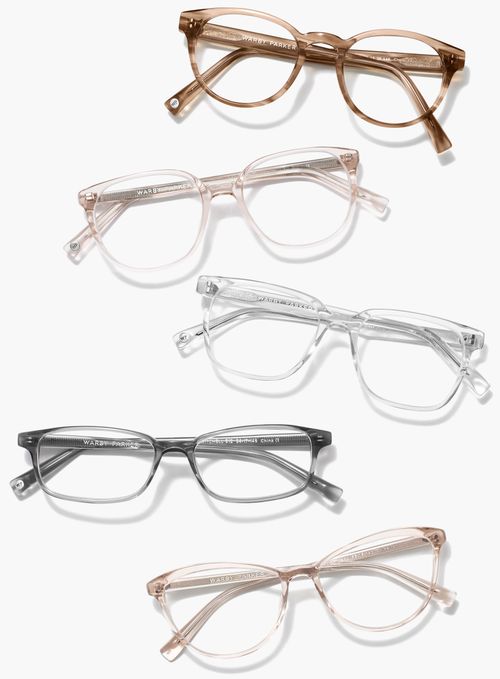 This is just another way to say that More companies die of indigestion than starvation. The classic example being Friendster, the first social network, pre-dating Facebook and MySpace. It became so popular that its servers crashed constantly and its users became totally frustrated and moved on to MySpace or Facebook. As Yogi Berra once said, That place has become so popular nobody goes there any more.

When we launched Warby Parker, we were still graduating from business school. It was just four of us, and we were working part time. When we turned the site on, we thought we’d get 20 or 30 orders, but we were getting hundreds and thousands of orders. We’d get as many glasses in as we could, sell them all, go out of stock, take the money and buy a bunch more, sell them, and go out of stock again. We didn’t presume a lot of success, and had to play catch-up. It was frenetic.

What I’ve been seeing is that the traditional 25-page business plan with its five-year financial projections is long dead, replaced by the 10-slide pitch deck, one slide of which might address the size of the market opportunity and top down financial projections. (The market for doohickeys $25 billion a year, so if we just get 5% we’ll be a billion dollar company!) Teams don’t seem to plan past raising capital. The best do have a product roadmap and a very few actually have a plan encompassing milestones and dates. But I think the pendulum has swung too far. We’ve gone from the extreme of the lengthy business plan which was probably obsolete when it came of the printer to no plan at all.

Jeff Raider learned from his experience at Warby Parker when he started his next company, Harry’s:

At Harry’s we presumed more success. We raised a bunch of capital ahead of our launch. We built a team of 11 people before we launched. We made our own custom razor handles, custom blades with a factory in Germany, made our own shave cream. We had forecast more sales at Harry’s than we did at Warby Parker, and we still sold out. But we were better prepared to absorb the shock.

Another issue I face mentoring entrepreneurs at MIT is that all of the Sandbox founders are students. Being an MIT student is a full-time job. Which results in virtually every team member working on the venture only part time. Which doesn’t jibe with Jeff Raider’s advice to aspiring entrepreneurs: You’ve got to be all in, and you’ve got to love it.

However his other advice jibes with my own, that startups are learning machines: … be humble enough to learn along the way.

His anecdote on starting Warby Parker is a great example of not only learning from feedback, but making a major change to its customer experience model:

When we started Warby Parker, we asked all of our friends, “What do you think, would you buy glasses online?” They were like, “No, I don’t think I would. I’ve got to kind of touch them and feel them and experience them in person before I buy.”
At that point, we could have just said, “That feedback doesn’t make sense.” But instead we said, “That’s a really important thing that we just learned. How can we evolve our business model to account for that?” And so we ended up with this home try-on program where we let people try on glasses at home for free and then send them back to us.

Learning is necessary, but not sufficient. You need to know how to apply what you’ve learning to making changes to your business that increase your odds of success.
I’ll leave you with a great quote from Jeff Raider which explains why you must plan for your startup to be wildly successful. Jeff answers my canonic question to founders: What keeps you up at night?

I think that the world’s going to change a lot faster than most people do, that disruption happens at a geometric pace as opposed to a linear pace, and that pace is only going to increase. If you think about our industry, a couple years ago it was 0 percent online. Now our market is 10 to 20 percent online and growing really fast. People incrementalize change when actually, change happens exponentially.