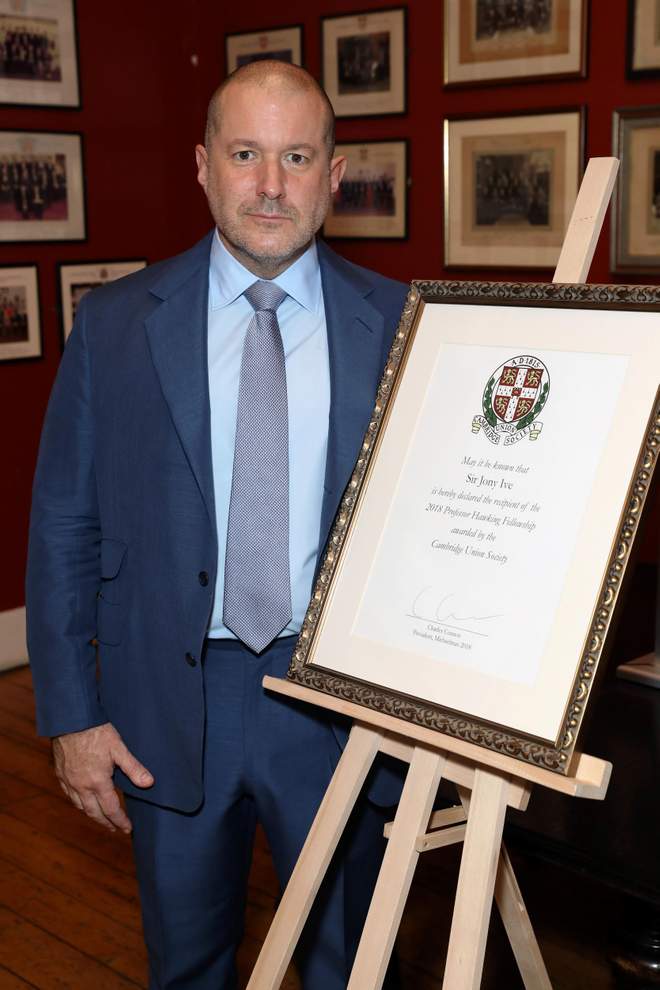 It’s a given in the world of tech startups that you must solve a customer problem in order to succeed. That seems very straightforward, but Jony Ive presented the paradox in which he and other creative developers work at a talk he gave on the occasion of being awarded the Stephen Hawking Fellowship at the Cambridge Union.

The speech was filled with tiny gems, like the importance of listening to the quietest voice in the room during the creative process.

But what interested me was how he described ideas as not a response to a particular problem as he discussed the development of the touch interface at Apple.

What Ive enjoys is the unpredictability and surprise in the product development process. He described the paradox in the way he works:

“There is a fundamental conflict between two very different ways of thinking. It is the conflict between curiosity and the resolve and focus that is necessary to solve problems. Curiosity, while it fuels and motivates, despite being utterly fundamental to the generation of ideas, in isolation just culminates in lots of long lists, perhaps some ideas, but alone that’s sort of where it ends.

Ive made me rethink my relentless emphasis on focus when mentoring founders:

“The necessary resolve to find solutions to the problems that stand between a tentative thought and something substantial, that resolve and that focus very often seems in direct conflict with most creative behaviour. Honestly, I can’t think of two ways of working, two different ways of being, that are more polar. On one hand to be constantly questioning, loving surprises, consumed with curiosity and yet on the other hand having to be utterly driven and completely focused to solve apparently insurmountable problems, even if those solutions are without precedent or reference.

My successes in the startup world have virtually all come from helping instantiate a founder’s vision. The two occasions where I founded a company to realize my own ideas, Throughline and Popsleuth, were both non-starters.  As Jony Ive points out, successful developers can switch between curiosity/idea mode and problem solving mode not just once or twice in a multi-year project but “I find it happens to me once or twice a day and that frequency of shifting between two such different ways of seeing and thinking is fantastically demanding.”

So my takeaway from Jony Ive’s talk is that relentless focus is all well and good, and it’s necessary to build a successful product, but not sufficient. The creative/curious side plays an equal or even more dominant role. But as Ive points out, this shifting is “fantastically demanding.”

This is yet another reason why founding a company and driving the development of a product is so very hard for a solo entrepreneur. Almost every successful entrepreneur from Steve Jobs to Mark Zuckerberg had one or more co-founders.  And in retrospect, the reason why I was recruited onto the founding team of several startups was not because I was an idea man but was someone who could focus and bring the founder’s idea to life. Much as I’m fascinated by the creative development process I learned the hard way to stay in my lane as an operations manager, leaving the creative side of things to my
co-founders.

If you are intent on starting a venture, as so many are these days, you might want to look in the mirror and see if there’s an image of the curious creator or the focused problem solver. If you are clearly one or the other then start that search for your complementary co-founder ASAP. But if  you appear to yourself as ambidextrous, you just might want to test that appearance on a small project you take on yourself before tackling the start of a new venture and owning both the creative and operating side of things.