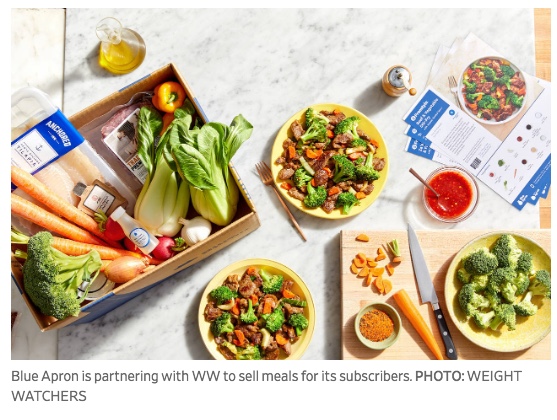 As a community services/media manager at a local public library, my first job after attaining my Master’s degree in library and information science, I lucked into my first strategic alliance. As I’ve posted elsewhere, the library main great use of the federal governments CETA (Comprehensive Employment and Training Act) in the late 1970s. By writing simple grant proposals, I was able to hire several media developers on one-year contracts, paid for by the federal government. Maybe it’s time to bring back CETA, this time with an emphasis on training.

One of the people I recruited was a film maker, who specialized in animation. We wanted him to teach film making to the community’s children. But he needed cameras and film; CETA paid for neither and the library had no budget for equipment or film stock. Through a connection I’ve long since forgotten, but most likely through our dynamic library director, Sigrid Reddy, I was introduced to an executive at Polaroid, Sam Yaffee, if I recall correctly. Sam and Polaroid had a big problem. Edwin Land, the genius behind Polaroid, had gone off the rails and developed an instant film, called Polavision. The problem was one of timing: video recording was just getting into the hands of consumers. In fact our library had a Sony Portapak. It was just a matter of time before video overtook film for amateur film makers. But Polaroid had a huge stock of unsold Polavision cameras and film. Sam, as VP of Community Relations, came up with the idea of getting community groups to use Polavision, in the hopes it would gain a foothold there. And he offered us a deal we could not refuse: all the Polavision cameras and film we could use, for free! So Andy Jablon, our filmmaker, went on to teach a popular and successful course in film animation for Watertown’s children. What we had, but I didn’t know it at the time, was a “strategic alliance” between Polaroid Corporation and The Watertown Free Public Library. Polaroid got exposure for its new technology, the library got free cameras and film to use in its film courses. Unfortunately for Polaroid, despite the success of our animation class Polavision flopped in the market and took Polaroid down with it.

But this experience was my first exposure to how a large established company – like Polaroid, then a very significant national company and the Watertown Library, which was tiny in comparison. But it showed me that small organizations could have something to offer larger companies, not just vice  versa.

Landing at Software Arts I inherited several OEM distribution agreements for VisiCalc.The one I remember best was with DEC, Digital Equipment Corporation, then a multi-billion dollar minicomputer giant. However, I saw the handwriting on the wall for DEC – they insisted on using their own proprietary diskettes for the DEC PC (and they had not one, but two incompatible product lines) – which caused us no end of manufacturing grief. But Software Arts was paid 50% of the revenue from distribution agreements so these were great deals for us.  Yet again I saw how a very large and established company could not only help a small startup but the startup had something the large company lacked – a game changing software program called VisiCalc, the first electronic spreadsheet.

When I began my serial entrepreneurship career I spent considerable time and energy building strategic alliances. But I found that many, including our Macintosh Across the Curriculum (MAC) alliance with Apple Computer, didn’t actually deliver any real value. The strategic alliance that really helped us launch Course Technology was with Lotus Development. And what made that alliance work? Money changed hands! Lotus not only was helped to become a standard in higher education, but we also had an agreement to sell their entire product line to college and university IT departments. This turned into a real revenue generator for us and Lotus, and helped Lotus cement it’s leadership status not only with academics, but with college and university IT directors as well.

I was reminded of my long career forging and managing strategic relationships by The Wall Street Journal article Blue Apron Links With Dieters in Comeback Effort by Heather Haddon. Blue Apron is a meal-kit provider that’s hit hard times, its stock falling from $10 a share to 69 cents as of the time the article was written. Someone at Blue Apron realized that they needed help on customer acquisitions, as they were failing to meet their numbers for meal-kit subscriptions. In fact the entire meal-kit market is showing signs of saturation or stagnation.

At the same time Blue Apron was struggling since its IPO, Weight Watchers was repositioning the company from a focus solely on dieters to the millions of people interested in healthy eating. Thus the name change from “Weight Watcher” to WW, Inc. Reminiscent of Kentucky Fried Chicken becoming KFC, as consumers started to shy away from fried foods.

So WW, Inc. saw Blue Apron as a way to help it both towards its strategic goal of repositioning the company and its customer acquisitions goal of growing beyond the dieter market. For Blue Apron, WWW provides access to a whole new customer base without the cost of advertising or other promotions. But from my experience what will make this strategic alliance work will be the the payments by Blue Apron to WW from its sales of Blue Apron subscriptions.

The lesson learned is that there are simple distribution agreements, where one company sells the products of another for a commission on sales or similar performance based arrangement and there are strategic alliances, where both companies are helped to achieve their strategic goals by combining forces. But the most successful strategic alliances all include some type of financial arrangement, such as sales commissions or bounties paid for new customers.

In fact, when I used to pitch large companies on strategic alliances I finished my presentation with two slides. The second to last was “Strategic Benefits”, the last was “Financial Benefits.” The first slide is aimed at senior management and at marketing, both groups being focused on the long term vision for the company. The last slide was focused on the sales organization and the CFO, whose focus is short term revenue and profit. Only by winning over both groups will a small, emerging company be able to forge a successful alliance with a large established one.