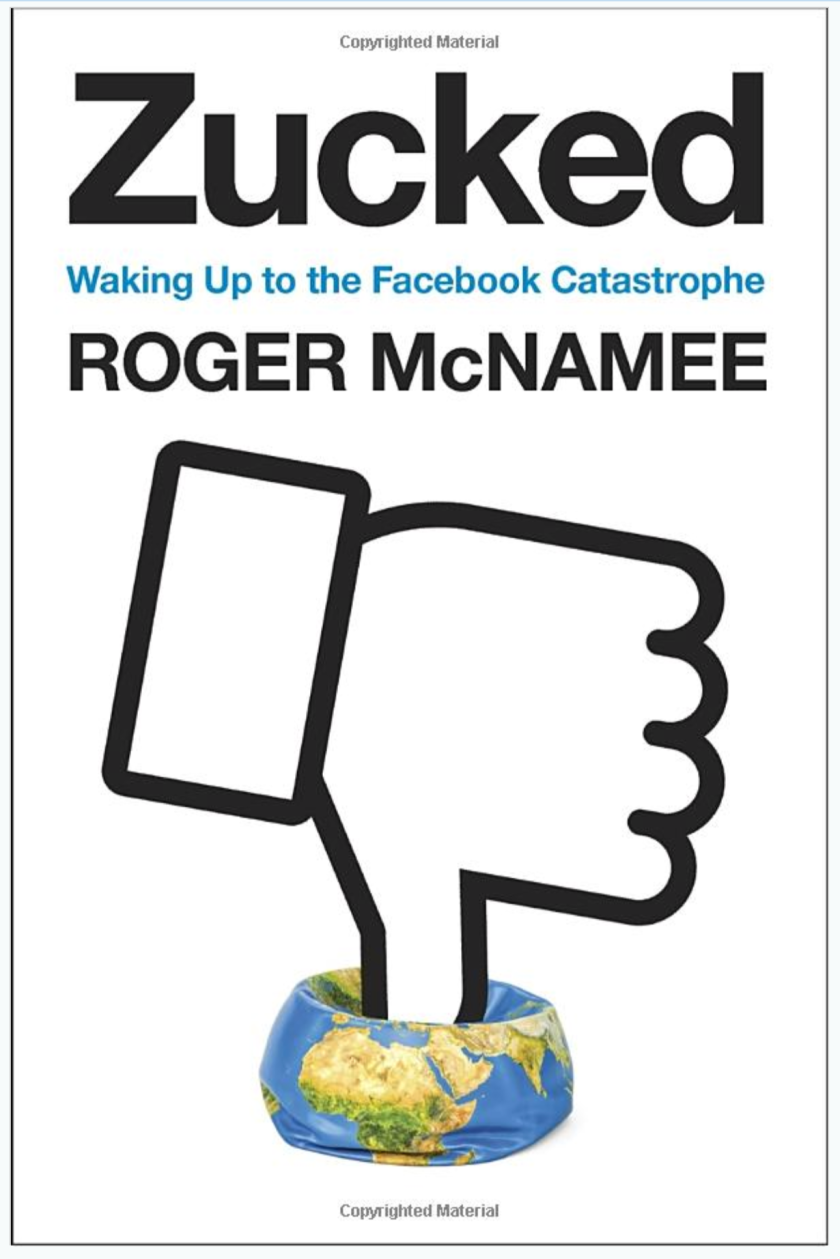 Alex Hern’s interview with Roger McNamee on The Guardian: ‘It’s bigger than Facebook. This is a problem with the entire industry’ prompted me to buy McNamee’s book  Zucked: Waking Up to the Facebook Catastrophe.! I highly recommend the book for anyone wanting to understand why the DNA of social networks – their baked-in model of advertising – is antithetical to the needs of their users.

Here’s the problem in a nutshell according to MacNamee:

It never occurred to me that there would be an asymmetry in the way that advertising works. That in order to command attention, you want to appeal to what [Tristan Harris] calls “the lizard brain”, the things that provoke outrage and fear. Things that essentially create a perception of reward. Those things, when you put them into advertising, can really be bad for democracy. Suddenly a neutral centrist idea gets very little traction on Facebook, where really extreme, emotionally charged ideas are viral.

The issue with Facebook and other ad-supported social media sites, is that their goal is very simple: attract as many users as possible then garner as much attention as possible – which they call engagement – from these users as possible, early and often. Then gather as much private data as possible about these users. This data is then used to target advertising. This works amazingly well, as anyone familiar with the financial success of Facebook can recognize. But while it works well for Facebook, it doesn’t work very well for users, especially those users who want to enter into a thoughtful discussion with their peers.

… the business model that Facebook and Google have created is something we’ve never seen before.
They were very much in the business of manipulating attention in order to get you to spend more time on [their services]. And that is a very dangerous business model for society. It’s bad for the mental health of the people who use it.
The problems are not isolated. They are systemic. They’re related to a business model that has worked extraordinarily well for investors and horrifically for everyone else. The failure to recognise that moderation would’ve been a better long-term strategy for the company is ultimately going to be very costly, because they are leaving governments around the world no choice but to bring the hammer down.

Simply put moderation does not scale to the enormous user base of Facebook – 2 billion users. Facebook never built moderation into their platform and never will. Here are some of the problems you get when you forego moderation on a discussion site:

I’m sure there are even more problems baked into the advertising model than I’ve listed above. But the answer to all of these problems is two-fold: verified identity and moderation. In 10 years of frequenting Steve’s forums I’ve yet to run into spam, trolling, disinformation or any other of the problems of advertiser-based social networks. Steve’s volunteer team of moderators does a great job and he makes very clear to newbies what the rules of the road are – if they are frequently flouted the user is banned.

But as I wrote above, moderation doesn’t scale well – the number of users on Steve Hoffman’s Forums is a rounding error on Twitter or SnapChat, let alone Facebook. Heard the expression, “Small is beautiful”? That applies to any discussion-based site, I’m afraid. Until AI gets a lot smarter, and far more important, until social sites move away from the advertising model, Facebook and others like them will  fight a losing battle against fake accounts, disinformation, trolls and all the other ills they fight with.

So if you are planning an online business that is going to rely on UGC – User Generated Content – and advertising based on that content, you are going to have to either keep your site small or succeed where Facebook and Twitter have failed – presenting a clean, well lit room for thoughtful discussions to take place to vast numbers of users.