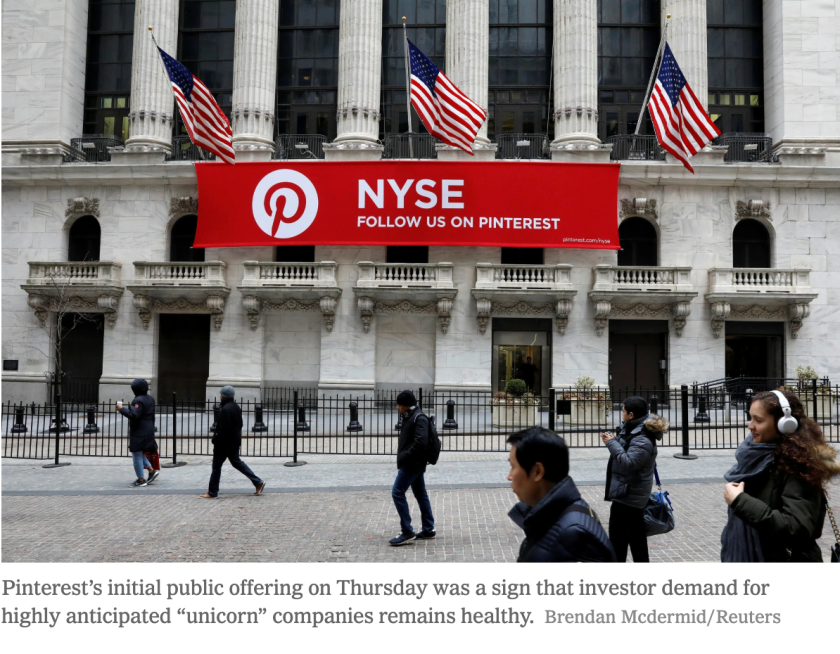 There are a lot of articles about Pinterest now given that they have just gone public. Like many ideas, I’d seen it before. In fact I advised a company that created a digital pinboard many years before Pinterest, but they confined it to use by teachers for use in the classrooms to post images related to what they were teaching! And of course there had been other predecessors to Pinterest, if you just looked at their main benefit as being the ability to save web sites of interest.

But Ben Silberman’s insight was four-fold: one, value for users was not simply saving web sites of interest; two, with the rise of smartphone photography people were becoming more and more interested in images, not text; three, people are driven by aspirations and the web is full aspirational images: fashion, art, consumer electronics, cars, etc;. and finally very large numbers of people like to collect things, but cost is a limiting factor for most people. But with Pinterest there was no cost, images are free! Pinterest, like Houzz, became a site for collecting one’s aspirational objects.

These benefits drove the first wave of growth in Pinterest, but what I believe happened is that users discovered higher order uses for Pinterest. Erin Griffin in her New York Times article I.P.O. Day for Pinterest and Zoom Ends With Shares Sharply Higher does a great job of elucidating the primary current use cases:

Pinterest is not a social media app for interacting with celebrities or broadcasting one’s life, the company said in its I.P.O. prospectus. It is meant to be personal instead. Its 250 million monthly active users, or pinners, use the site to plan important aspects of their lives, including home projects, weddings and meals.

The focus on personal growth and planning, rather than on comments and interactions with others, has helped Pinterest sidestep much of the bullying, toxic behavior and disinformation that have plagued other social platforms in recent years.

Thus Pinterest went from a nice to have (pinning stuff you pined for) to need to have (a great tool for personal growth and planning); from vitamin to pain pill.

So what is the takeaway for founders? If you can succeed in building an application for enough users the users themselves may well discover new uses for your app or platform you may never have envisioned, uses that add tremendous value to your business.