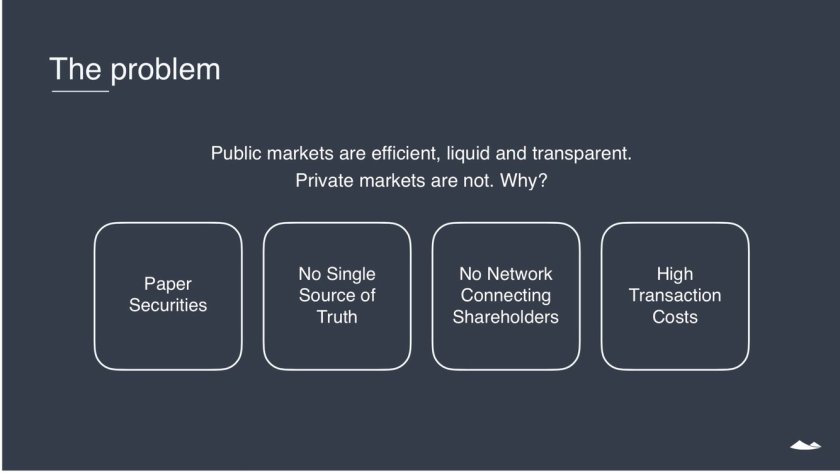 Henry Ward’s first start, Secondsight, was an abject failure. But Manu Kumar, an investor in venture capital firm K9 Ventures, gave Ward an idea for a second startup that resulted in Carta,  a platform valued at $1.7 billion for buying and selling shares in private companies. (Kumar is a cofounder.) But that’s not the point of Business Insider’s interview with Ward, The founder of billion-dollar startup Carta dissects the pitch decks that helped him raise $448 million.

While there are probably thousands of articles on how to pitch, including several on this blog, what’s rare and valuable is to have a successful founder walk through his pitch decks that succeeded in raising almost half a billion dollars.

I was pleased to see Ward promote the book The Presentation Secrets of Steve Jobs, by Carmine Gallo, my favorite book on how to do a killer presentation. One of Jobs’ and Ward’s key takeaways is to practice. As the old joke goes, a musician asks someone on the street, “What’s the way to Carnegie Hall?”, he replies, “Practice, practice, practice.” Not enough presenters memorize not only their presentations but their every move and expression in delivering their pitch, just like an actor memorizes their part. Ward used to write out his pitch literally word for word. Once he did that he could improvise.

Ward explained the entire business model of Carta in just three slides. As he says, make every word and image count.

Ward has an interesting argument on what an  early stage pitch deck should accomplish. While I, and many others, see it as a “convincing game” Ward sees it as getting the investor excited about the venture and thinking about what the company can become in the future. He sees the pitch process as a filtering process, the founder needs to keep going until he finds an investor “that’s passionate about the problem you’re solving.” Investors who are not excited will ask a bunch of questions about what could go wrong in your business. An investor who gets excited will ask about what could go right! He could tell in 10 minutes whether an investor would invest in his venture or not.

Ward had a great tagline for his business, something all founders need to work on: “Nasdaq for private markets”. Still persistence is what paid off, he had to go through about 70 angel investors to get a few who were truly excited. And those investors would then call other investors and say, “Hey you should check this company out.”

Ward sees The Problem as the key slide in any Series A  deck.  What Ward calls the “domino chart” is a bar chart that illustrates the network effect of Carta’s business model.

An important point that Ward makes is that financial slides are NOT public. His deck had about 10 financial charts including payback period, average contract value, net dollar retention and margin assets. Metrics are vitally important in providing a snapshot of the company. Ward’s comps were all mega successes like Google, Facebook and LinkedIn – all companies that leveraged the network effect to world domination.

Because VCs are looking for grand slam home runs, Ward articulated a vision that went 20 years out! No five year plans for him! Another key point is to fish in the right pond. Carta was a fintech company. Ward took 30 meetings on Sandhill road and didn’t get a single term sheet. He then went to New York City. Result: three firms, three term sheets. As he says, “fintech infrastructure just wasn’t a Silicon Valley thing in 2014.”

Ward recommends that founders have a set of pitches: the 30 second version, the elevator pitch; the two-minute version, the intro pitch; the 10 minute version for recruiting an executive; and a 30 minute pitch for investors. As Ward says, he can do these pitches “in my sleep now and you will too if go out there and do the reps.”

His biggest problem in his first pitches was demonstrating that he had a large enough market – not an uncommon problem. Beyond product-market fit Ward talks about message-market fit. That means finding the message that will resonate the most with investors. He recommends that you practice your pitch with CEOs who have raised money. And by constantly iterating on your pitch you can figure out what is resonating and what is not.

If there is one big takeaway from this interview it’s practice, practice and practice some more. But make sure that you are iterating your pitch, it doesn’t help to keep practicing a pitch that doesn’t resonate with investors. And how do you measure resonance, the level of excitement investors demonstrate. It’s that easy to see and that difficult to achieve.